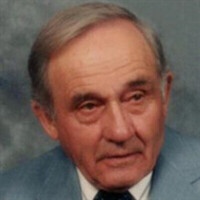 Allan Eugene Altner, age 100, of Glendive, Montana, passed away on Wednesday, January 8, 2020 at the Glendive Medical Center in Glendive.

Graveside services will be held at City Cemetery in Barnesville, MN on Monday, June 1, 2020 at 11:00 AM with Rev. Frank Picard officiating.

Allan was born on February 18, 1919 in Noonan, North Dakota to parents, Herman and Martha Altner. He was raised and educated in Noonan.  He served in the US Army from 1943 to 1946.  He graduated from North Dakota State University with a degree in electrical engineering.

Allan married Mary Metcalf on December 21, 1946 in Barnesville, Minnesota. In 1947 they moved to Glendive where Allan began working for Montana Dakota Utilities. He worked there for thirty-five years before retiring in 1982.

Allan enjoyed fishing and hunting. He was a member of the Glendive Elks and attended the United Methodist Church of which he served on the board.

He was preceded in death by his parents, Herman and Martha; and his wife, Mary in 2017.

To order memorial trees or send flowers to the family in memory of Allan Altner, please visit our flower store.