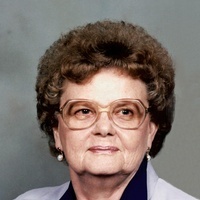 Anna Marie Aakre was born on July 16, 1923 to Carl Andreas and Mabel Josephine (Nelson) Aakre on their farm in rural Rollag.  At the age of four, her mother died, leaving behind three daughters and six sons. Very quickly the girls became the women of the house.  She grew up on their farm and, attended Rollag District #3 and graduated from Barnesville High School.  As a young woman, she worked at the Rollag Store.

On April 1, 1944, Anna was united in marriage to Theodore K. “Ted” Herbranson at the Lutheran Parsonage in Hawley, MN.  Ted was immediately shipped off to the Pacific Theater during WW II and Anna remained on her father’s farm until his return in 1946.  Anna and Ted made their home in Rollag where they co-owned and operated the Rollag Implement from 1946 to 1950.  In 1951, they moved to the home farm where they began farming.  She remained on the farm after Ted’s death until 2010 when she moved to Barnesville.  She resided at Valley Care and Rehab in Barnesville the last two years of her life.

One of the highlights of her life was to be able to travel to Hawaii for her and Ted’s 60th wedding anniversary with her daughter Marilee and husband Rick Bowler.  They were able to finally take the honeymoon that the war prevented them from having.

In lieu of flowers, please donate in her name to a favorite charity. Anna's Memorial Folder
To order memorial trees or send flowers to the family in memory of Anna Herbranson, please visit our flower store.