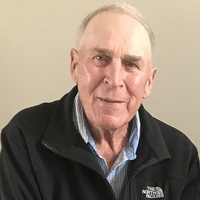 Funeral services will be 1:00 PM, Tuesday, October 20, 2020, at Dobmeier Funeral Home in Barnesville with Rev. Chris Leach officiating. Burial will be in Rosemound Cemetery.

Visitation will be for two hours prior the funeral service on Tuesday.

Arlin Laverne Miller was born on May 26, 1936, to Raymond Mike and Leta Pearl (Baumgartner) Miller on the family farm near Wolverton, MN. He attended country school and graduated from Barnesville High School in 1953. Following school, Arlin was in the Army serving as Quartermaster in Virginia. He returned home to Minnesota and then moved to California and attended the Pasadena Barber College in Pasadena, CA. Arlin had a six chair barbershop called the Sportsman's Barbershop, for several years. Returning home to Minnesota, he worked running heavy equipment. During those years, he also raised potatoes. He then began a trucking business which he ran for over 50 years.

Arlin was passionate about hunting. He was an avid gun collector, which later in life led to meeting many people and making friends at gun shows throughout the area. Arlin will be remembered by his family as a caring and giving uncle, who showed up with toys for the kids, potatoes, corn, and other things for the adults. Arlin enjoyed auction sales where he would make friends.

He was preceded in death by his parents Raymond and Leta, sister Delores Griffith, and nephew Michael Miller. Arlin's Memorial Folder
To order memorial trees or send flowers to the family in memory of Arlin Miller, please visit our flower store.