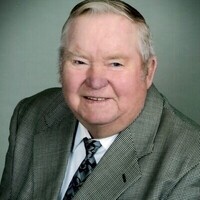 Arnold “Arnie” Jerome Ness, 83, of rural Barnesville, MN, passed away with his family at his side on Tuesday, August 31, 2021, at the Minnesota Veterans Home in Fergus Falls, MN.

Visitation will be from 5-8 PM on Thursday, September 9, 2021, at Dobmeier Funeral Home with a Prayer Service at 7:00 PM.  Visitation will continue for one hour prior to the service on Friday at the church.

Arnold Jerome Ness was born on September 20, 1937, to Norman Oscar and Evelyn Juliet (Nelson) Ness in the house he lived in his whole life in Tansem Township.  He attended two different country schools; two years at Pelican Rapids High School, and graduated from Barnesville High School in 1955.  He played basketball, football, and track during those years.  Following graduation, he served his country in the US Army following the Korean War, being stationed in Hawaii.  He was honorably discharged and returned to the family farm.

Arnie was united in marriage to the love of his life, Janice Kareen Sorum on March 21, 1959, at Trinity Lutheran Church in Pelican Rapids.  They made their home on the family farm.  Arnie worked the land and was a dairy farmer all of his life.  He also worked as a crop adjuster for Great American for over 14 years.  For the last few months, Arnie has lived at the Minnesota Veterans Home in Fergus Falls.

Arnie was active in his community and served on the Park Region Co-op Board in Pelican Rapids for 40 years, and was a member of North Immanuel Lutheran Church, where he served on the council, the squares, and the cemetery board.  He advocated and lobbied with the Minnesota Milk Producers Board for the interest of dairy farmers.

Arnie enjoyed playing and watching all athletics. He was a pitcher in softball, took up golfing at the age of 40, and could shoot a mean game of pool. He was well known for bowling in leagues and sharing his talents by teaching children bowling for 25 years. He was inducted into the Minnesota State Bowling Hall of Fame for his successful youth bowling program at the Galaxy Lanes in Barnesville.

Arnie enjoyed spending time with his family and friends on the farm and at the lake. In his spare time, he occasionally would catch a fish or two. Over the years, Arnie put many friends and relatives "to work" on the farm, whether they wanted to or not. Arnie will be remembered for his amazing and entertaining sense of humor.

Arnie was preceded in death by his parents, Norman and Evelyn Ness; and a brother, Kenneth Ness.