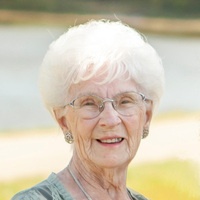 Private gathering will be held.

Beverly Sharon McEvers was born on February 7, 1940, to Stephen and Myrtle Beatrice (Peterson) McEvers at Fargo, ND.  She grew up in Baker, MN the youngest of eight children.  She attended school in Barnesville, graduating in 1957.  On July 20, 1957, Bev was united in marriage to Ronald Wayne Braton at St. James United Church of Christ.  They lived in the Barnesville area before building a home south of Barnesville and moved into that home in 1964, and continued living there until the time of her death.

She raised her six kids.  During her years, she worked at Ben Franklin, the Barnesville Care Center, Cenex, Eventide, Senior Citizen Center, and finally Golden Manor Assisted Living.  Bev will be remembered for her cooking and her famous donuts, frying 50 dozen at a time.  She had a love of animals and had many pets over the years.  She was a member of St. James United Church of Christ, the American Legion and VFW Auxiliaries.  Some of her favorite pastimes was gardening, going to the casino, cheering on the Minnesota Twins, and watching Jeopardy.  Bev was known for her beautiful white hair and how she called it like she saw it.

Bev was preceded in death by her husband, Ronald in 1998; son, Dale in 2018; sons-in-law: Bill Dirkes, and Tommy Stanton; four brothers: Lyle, Jim, Wayne, and Curt; one sister, Bonnie McEvers; and her parents.

To order memorial trees or send flowers to the family in memory of Bev Braton, please visit our flower store.