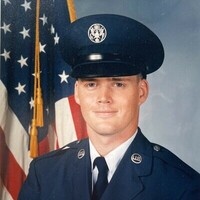 Brian Philip Cook was born on February 3, 1959 to Philip and Donna (Stende) Cook in Moorhead, MN.  He was baptized in Baker, MN at the Presbyterian Church and confirmed at Our Saviors Lutheran Church in Barnesville. He grew up in Barnesville where he attended school. He played football and basketball during his high school years. He graduated from Barnesville High School in 1977. Brian went on to college at Moorhead State College and attained his criminal justice degree. He served in the Air National Guard, completed his basic training in Lackland Air Force Base and he deployed to Alaska.

Brian was married to Debra Cummings and to this union two daughters, Brianna and Kelsey were born. During his lifetime, Brian had various jobs around Fargo, and also worked as a Private Investigator for Pinkerton in the Twin Cities.

For the past several years, Brian has lived in St. Paul, MN. He enjoyed traveling by bus around the Twin Cities. He treasured his walks around the lakes in St. Paul. Brian was an avid sports fan, keeping track of sports statistics for players and teams, especially focusing on the Minnesota Twins and Vikings. His daughters were his love, and he enjoyed taking them to all the area parks, playing sports, touring the Hjemkomst Center, Clay County Fair, Potato Days, and spending time together.

Brian is survived by two daughters: Brianna and Trent Conroy and Kelsey Cook all of Fargo, ND; four grandchildren: Jaden, Briella, Kennedy and Tinley Conroy; his mother, Donna Cook of Barnesville, MN; four sisters: Susie Brown of the Twin Cities, Becky and Greg Lamm of Barnesville, Pam and Kenny Krebs of Frazee, MN and Jennifer and David Hoefs of Fargo; aunts and uncles: Fern Olsen, Diane and Ray Kline, Barb and Al Amundson and Marilyn Gorman all of Moorhead, Carol and Wally Mulcahy and Brad and Delores Cook all of Barnesville; and several nieces and nephews, cousins and friends.

He was preceded in death by his dad, Philip; a brother, Bruce; a sister, Barb; his grandparents and other aunts and uncles.

Memorial services will be 11:00 AM, Friday, April 16, 2021 at Our Saviors Lutheran Church in Barnesville. Visitation will be for one hour prior to the services. Social distancing and face coverings are required.

Inurnment will be in City Cemetery, Barnesville.