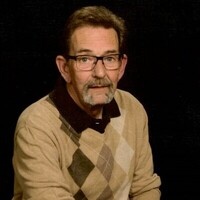 Visitation will be held 5-8 PM Thursday at Dobmeier Funeral Home in Barnesville and one hour prior to the service at the church on Friday.

Bruce Allen was born on August 15, 1954 to Harvey and Joyce (Severson) Gilbertson in Moorhead, MN. He grew up and attended school in Barnesville graduating in 1972. He married Cathy Nosal in November of 1972. They made their home in Barnesville and to this union two children were born, Carl and Toni. As a young man, he worked at Farmers Oil, Nosal's Red Owl, and then had a long career with Pepsi, in Fergus Falls, Yankton, SD, and Pierre, SD. He returned home to Barnesville in 2011 and worked for JC Penney in Fargo, and most recently worked for K & M Tires.

He was a member of Our Savior's Lutheran Church, and the OSLC Brotherhood. Bruce will be remembered for his focus on family and a hard work ethic. He was always willing to lend a hand to family or friends. He was a true farmer at heart.

He was preceded in death by his father Harvey and infant brother Leslie. Bruce's Memorial Folder
To order memorial trees or send flowers to the family in memory of Bruce Gilbertson, please visit our flower store.