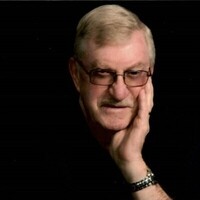 Carroll Swenson, 80, died at the end of the day on Wednesday, June 23, 2021, at his home in Barnesville, MN with his loving family at his side.

Memorial services will be 11:00 AM, Tuesday, June 29, 2021, at Our Saviors Lutheran Church in Barnesville with Rev. Chris Leach officiating.

Visitation will be Monday from 5-7 PM at Dobmeier Funeral Home in Barnesville and one hour prior to the memorial service at the church on Tuesday.

Stuart Carroll Swenson was born on May 21, 1941, to Bernard J. and Jane O. (Hough) Swenson in Barnesville, MN. He grew up and attended school in Barnesville, graduating in 1958. He attended NDSU for one year before being drafted into the US Army. He served his country from 1963-1965, part of that time in Vietnam. He returned home from the service and went to work for Asp Construction in Fargo. He went out on his own and partnered with his brother Burton in Swenson Construction. They built several homes in Barnesville and the surrounding area. He was a talented carpenter and took pride in his quality of work. Later on, he partnered with Dan Anderson as D & D Construction, continuing using his talents as a carpenter and entrepreneur.

He was united in marriage on April 6, 1995, to Joan Mehlhoff in Florida. They made their home in Barnesville. With his marriage to Joan he created a blended family who he always was proud of. He would lend a hand to anyone in need. Carroll enjoyed golfing, bowling, talking politics, watching NASCAR, and was on a world champion pit crew for formula boat racing. His lifelong dream of restoring and driving his 1932 Rockne Studebaker came to fruition this past year. His faith was important, and he has been a member of Our Saviors Lutheran Church for his lifetime. He served on the Humboldt Township Board, the area Fire Department Board, and the Clay County Planning Commission.

He was preceded in death by his parents, daughter-in-law, Ronda Mehlhoff; brothers, Laverne Swenson and Gorden "Lefty" Swenson.

In lieu of flowers, memorials are suggested to Our Saviors Lutheran Building Fund. Carroll's Memorial Folder
To order memorial trees or send flowers to the family in memory of Carroll Swenson, please visit our flower store.