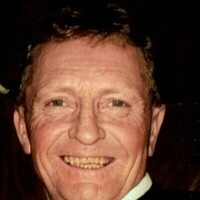 Family funeral services will be 11:00 am, Tuesday, December 29, 2020 at Dobmeier Funeral Home in Barnesville, MN with Pastor Karen Finnegan officiating. Burial will follow in St. Mary's Cemetery, Barnesville. State of Minnesota health mandates will be followed. The funeral service will be live streamed and recorded, both available to be watched on the funeral home website.

Public visitation will be from 4-7PM on Monday at Dobmeier Funeral Home in Barnesville.

Charles Loren Krogstad was born on March 11, 1955 to Loren and Renee (Ruch) Krogstad in Ada, Minnesota. He attended school in Ada and graduated in 1973. He was married Donna Downs and to this one union one daughter Kelsey was born. He worked for Case International in Fargo for 28 years retiring in the fall of 2018. On December 16, 1999, Charlie was united in marriage to Cathy Nosal. They made their home together in Fargo. He was a member of the Saturday Morning AA Group, and these friends meant a lot to him. He was a proud volunteer in the St. Patrick's Day Parade in Fargo for many years. Charlie was an avid Minnesota Gopher and Minnesota Vikings fan. Charles's Memorial Folder
To order memorial trees or send flowers to the family in memory of Charles Krogstad, please visit our flower store.