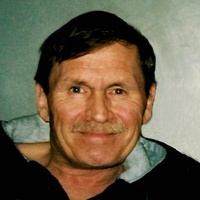 Services for Curt were held on Friday, July 24. Visitation was from 5 to 6 PM at Dobmeier Funeral Home, with a Memorial Service at 6. Interment followed at St. Mary's Catholic Cemetery.

Curtis Ray Schindler was born November 3, 1953, in Moorhead, MN; the son of Ray and Marlys (Thrane) Schindler. He was baptized and confirmed at Assumption Catholic Church in Barnesville. Curtis graduated from Barnesville High School in 1971, where he excelled in football and basketball. He then served in the United States Army in Germany. After serving in the Army, he attended the Minneapolis School of Business.

On October 22, 1977, Curtis was united in marriage with Carol Nelson. In 1979, their son, Curtis Todd was born. Curtis worked for over 35 years as a metal fabricator and welder; working for Dynamic Industries in Barnesville, Weisgram Welding in West Fargo and RAPAT in Hawley. He also worked at the Eagle Cafe in Barnesville, before he retired in 2015.

He is preceded in death by his wife Carol; his father Ray; and two sister Diana Rae Schindler and Connie Olson.