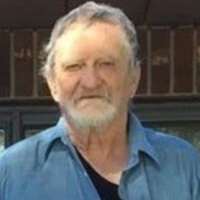 David was born on January 16, 1947, in Moorhead, Minnesota to George and Orpha (Garrison) Kunz of Barnesville, Minnesota. He grew up in Barnesville with the love of motors, hunting, fishing, and anything to do with being outside. He graduated from Barnesville High School in 1965.

David was working construction in the area when he met Cheryl Schauer from Dilworth. To that marriage, two children Candace and Damian were born.

David moved to Alaska in 1982, where he owned and operated his own construction company until he became senior foreman for AMI.

David will be cremated, then taken on a small plane ride with his kids for his final wish to be spread over the Alaskan mountains.

To order memorial trees or send flowers to the family in memory of Dave Kunz, please visit our flower store.