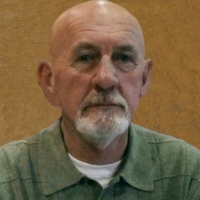 Memorial services will be 11:00 AM, Saturday, October 31, 2020, at Assumption Catholic Church in Barnesville, MN with Father Todd Arends presiding. Burial will be in Elkton Township Cemetery, rural Downer, MN.

Visitation will be held for two hours prior to the funeral service at the church.

David Andrew Bulik Jr. was born on April 10, 1945, to Dave and Rose (Neppl) Bulik in Moorhead, MN. The family started out on a farm near Kent, MN. They moved to Barnesville and Dave attended Assumption Catholic School and graduated from Barnesville High School in 1963. David was united in marriage to Sandra Lien on July 13, 1963. They lived in Downer, MN. David attended State Patrol Academy in Arden Hills, MN. He was stationed in Forest Lake, MN for the beginning of his career. They then were stationed in Ada, MN for many years. In 1983, Dave and the family moved to Detroit Lakes when he transferred to the State Patrol District Office in Detroit Lakes. He became Sargent and worked as a safety officer, visiting many schools and working with children, school patrols, Legionville Camp, and teaching defensive driving to seniors, to name a few. He retired from the Minnesota State Patrol in 1999 after 32 years of service. David dedicated his life to the safe and well-being of Minnesota working with the State Patrol. He was known to many in Northwest Minnesota as "Trooper Dave."

David was an avid NASCAR fan. He enjoyed being in nature, chopping wood, fishing and hunting.  In his retirement years, he enjoyed surfing the internet. Throughout the years, David and Sandra enjoyed camping and fishing trips in Canada.