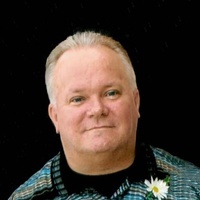 Visitation will be held from 1-2 PM, Saturday at the church.

David Michael McEvers was born on April 29, 1962 to Wayne Leroy and Grace Opal (Bredemeier) McEvers in Moorhead, MN.  He grew up and attended school in Barnesville, graduating in 1980.  At age 16, Dave was in a diving accident and became a quadriplegic.  Throughout his life, he faced his challenges with courage and a positive attitude. Dave continued his education at Moorhead State University earning a computer science degree in 1985.  Following graduation from college, he lived in the Fargo area for a couple of years.  He worked in the photography industry.  In 1987, he moved to the Twin Cities.  He was employed at GMAC in the finance department for over 19 years, before his disability forced him to an early retirement.  For the past 20 years, Dave has had a best friend and personal care giver, Paul Sofer.

Dave was a sports fanatic.  He held season tickets to many of the sports teams in the Twin Cities, including the Gophers Football and Basketball, and the Minnesota Twins.  Fishing has also been a passion of Dave’s.  He will be remembered for his generosity and compassion he had for everyone.

To order memorial trees or send flowers to the family in memory of David Michael McEvers, please visit our flower store.