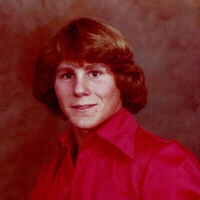 Dean Alan Gehrig was born on May 31, 1963, to Louis Alfred and Donna "Tiny" (Hines) Gehrig in Moorhead, MN. He grew up and attended school in Barnesville, a member of the class of 1982. During his high school years, he was active in, softball, baseball, and wrestling, where he went to state wrestling twice. He later obtained his GED.

Dean was married to Marlene Stellmach in 1986, and to this union two daughters were born. He worked in Moorhead at Jiffy Lube and lived in Moorhead for many years before moving back to Barnesville in the early 2000's.

Dean will be remembered for his love of hunting, fishing, camping, and his daughters. He had a love of MN Vikings football and followed them.

Dean was preceded in death by his father, Louis Gehrig; a brother, Dana Gehrig; his grandparents, Martha Hines and John and Wilfred Gehrig; and several aunts and uncles.

Visitation will be from 9-11 AM on Saturday followed by a graveside service at 11:00 AM at City Cemetery in Barnesville, MN with Rev. Jim Wilson saying the prayers.

To order memorial trees or send flowers to the family in memory of Dean Alan Gehrig, please visit our flower store.