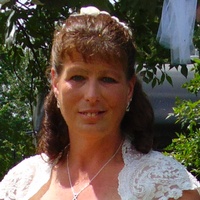 Visitation will be one hour prior to the Memorial service on Saturday.

Deanna Lynn Tucker was born on August 27, 1969, to Wayne and Bonnie (Christensen) Tucker at St. Ansgar Hospital in Moorhead, MN. She attended school in Barnesville and graduated from Barnesville High School in 1988.

She was married to Kevin Nelson on August 5, 1989, and from that marriage two sons were born: Tyler and Trevor Nelson. Throughout her lifetime Deanna worked as a CNA and in food service. She attended school at Northwest Technical College and earned her dental hygienist diploma. She worked for a short time at a dental office in Fergus Falls.

Deanna was married to Jerrod Ingebretsen on June 27, 2015, and they made their home in Sabin. Deanna in her spare time enjoyed watching football, drag races, and bowling. She could be found organizing and cleaning around the house. She also appreciated the times of camping, going to the lake, and hanging out with friends.

She was preceded in death by her mother Bonnie and several aunts and uncles. Deanna's Memorial Folder
To order memorial trees or send flowers to the family in memory of Deanna Ingebretsen, please visit our flower store.