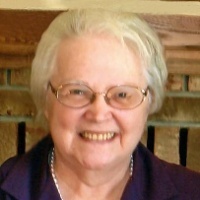 Diane Buchholz, 77, of Barnesville, died on Monday, September 2, 2019 at ValleyCare and Rehab in Barnesville, with her family by her side.

Visitation will be for one hour prior to the funeral service.

Diane Kay Radel was born on March 19, 1942 in Fargo, ND to Melvin and Helen (Poach) Radel.  She was raised in the Barnesville and the Rothsay area, including living on a farm and above an ice cream shop.  She attended public schools in Barnesville and graduated Salutatorian from Rothsay High School in 1960.  She graduated nursing school at Wahpeton School of Science with an LPN degree.  During her nursing education she assisted in the children’s burn unit in Minneapolis.  Later in life she attended Moorhead Tech and received an accounting degree.

She was united in marriage to Wayne William Buchholz on September 22, 1962 at Christ Lutheran Church in Mitchell Township, Wilkin County, MN.  They were blessed with three children.

Diane and Wayne farmed for several years near Downer, MN and raised their daughters.  Diane was active in 4-H and St. John’s Lutheran Church while her children were young.  She also was an avid quilter and dabbled in embroidery and other arts.  Diane loved to read and enjoyed winning trivia contests while at ValleyCare.

She was preceded in death by her parents; and one brother, Dennis Radel.

The family thanks the staff at ValleyCare and Rehab and Hospice of the Red River Valley for their warm and gentle care of Diane.