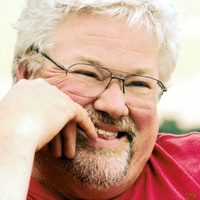 Donald Allen Vancura was born on March 12, 1965 to Joseph and Rosella (Glackin) Vancura in Lakefield, MN. Don was baptized and confirmed at St. Joseph's Catholic Church in Lakefield. He attended the University of Minnesota-Morris, graduating with a Bachelor's degree in Business.

After getting married, Don worked for Schwan's in Lynchburg, VA as a sales rep. Don moved to Sioux Falls, SD, and during that time he worked for various employers. From 1993 to 1995, Don managed the Rent-2-Own store in Litchfield, MN. In 1995, Don and Carol moved to Barnesville, MN. He was the manager of the rent-2-Own store and later owned and operated a Dollar Discount store in Fargo. Since 2007, Don has been employed at Menards, working in the Fargo and Moorhead stores.

Don was a member of the Knights of Columbus in both Litchfield and Barnesville and served as Grand Knight in Barnesville. He was active in church and loved cooking burgers for the church stand at the Steam Thresher's Reunion in Rollag. Playing softball, coaching softball and t-ball, and serving on the Barnesville School Board were also things Don enjoyed and participated in. Don and his wife founded the Barnesville Aces Junior Olympic Volleyball Club in which he coached to share his love of volleyball. He loved camping, fishing (catching the big one), playing Cribbage, and cooking, but above all he loved his family.

Helping others was something that was close to Don's heart. Don gave throughout his life and continued after his passing by donating his beautiful blue eyes and tissue.

"I Caught the Big Fish!" Donald's Memorial Folder
To order memorial trees or send flowers to the family in memory of Don A. Vancura, please visit our flower store.