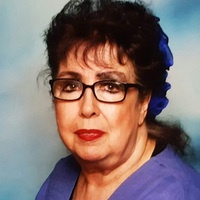 It is with profound sadness that we, the family, announce the passing of our Mother, Doreen (Shires) Peterson Monday, November 15, 2021, at Valley Care and Rehab in Barnesville, MN.

Doreen was born on August 11, 1932, in post Victorian era London, England. She survived the extreme hardships of the Blitzkrieg of WWII as a little girl. These hardships, her family and the overall British determination molded her. From this part of her history, she developed lifelong instincts and survival skills that mixed with the irrepressible ability to flourish.

After years of war-interrupted education, Doreen went on to become a highly skilled seamstress for the fashion house of Grimaldi.  Her skills often led her to work with upper class establishments such as MGM Studios, other up and coming fashion designers of the time, and a few of the royal family members.

During this part of her life, Doreen met a young American Airman, Richard Peterson (who decided on first sight) that she would be his bride. They married in London, began a family, and moved to America. She was most proud of becoming a naturalized U.S. citizen. But she most loved being the wife of a 20-year American soldier, mother to 3 children, grandmother to 6 children, and great grandmother to 11 children. Doreen and Richard were married 48 years at the time of his passing.

Doreen's personality shone with wit and interesting stories interspersed with a song for any occasion. It was not uncommon for her to burst into song at the drop of a hat or to sit at a piano and play as if she had been trained for years. Doreen was simply a beautiful person with an unforgettable personality.

Doreen is preceded in death by her parents, Ernest and Annie Shires; her husband, Richard; her sister, Ann Maggs; a nephew, Steven Maggs, and son-in law, Dean Hedland.

A special thank you to Dr. Raul Ruiz of Sanford Endocrine Clinic for his genuine care and concern for her well-being that was unwavering. To his nurse, Michelle, who always kept us on track but also eased Doreen's concerns.

And a huge thank you to every staff member of Valley Care and Rehab.  There are not enough words or space to explain how well she was cared for, how safe she was kept during the covid crisis, and just million other things with every interaction.

Mom...your 89 years of life has been truly remarkable, and you will be so deeply missed by us all.  But we are so thankful you are now with Dad, your love. We love you and thank you for everything you ever taught us and for passing on the unforgettable parts of your sweet soul. We have always loved you just the way you are.

The family will have a celebration of life and interment the summer of 2022 in Larimore, ND.

To order memorial trees or send flowers to the family in memory of Doreen Jean Peterson, please visit our flower store.