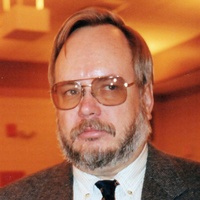 Dwight Rindahl, 70, of Fargo, ND, died on Thursday, December 12, 2019 at Bethany on University in Fargo, ND, under the care of Hospice of the Red River Valley.

Dwight Sidney Rindahl was born on May 7, 1949, to Benton and Minnie (Baker) Rindahl.  He grew up and attended school in Barnesville and then moved onto Ag School in Crookston, graduating in 1967.  Following high school he entered the US Marine Corp and served for 18 months until returning home with a hardship to help his father on the farm.  Dwight worked at Steiger Tractor, later becoming Case, from 1972-2015. He was a stanch union supporter and served as the union president for some time.

He was preceded in death by his parents, Benton and Minnie; niece, Pagie Collins; aunts and uncles, Harry and Elinor Collins, Arndt and Alvina Baker; and cousin, Donna Baker.