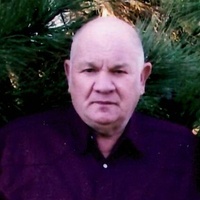 He was united in marriage to Alice Steinkopf on September 4, 1959 in Sabin, MN. They started out their married life and he worked for area farmers in Barnesville. In 1961, he moved to Deer Horn Township and took over the family farm where he has lived ever since. Ed worked numerous other jobs including working for Goodyear Tire in Fargo for 17 years, then for Broadway Furniture, Deans Bulk, American Crystal Harvest Campaigns, and finally Perry's Floral. He also did seasonal work with snow removal and lawn care in Barnesville. In April of 2021, Ed and Alice moved to Farmstead Living in Moorhead.

He enjoyed spending time at the lake with his family and grandchildren. He spent many hours on his Kubota mowing yards. Ed loved his dogs Molly Jean and Peggy Sue.

Visitation will be from 5-8 PM, Wednesday, at Dobmeier Funeral Home in Barnesville. Visitation will continue for one hour prior to the funeral at the church on Thursday.

Funeral services will be 11:00, Thursday, June 3, 2021, at Our Saviors Lutheran Church in Barnesville with Rev. Jim Greene officiating. Burial will follow in City Cemetery, Barnesville, MN.