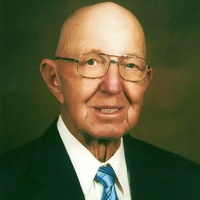 Gene Janssen, age 89, of Barnesville, MN died on Tuesday, February 1, 2022, at ValleyCare and Rehab in Barnesville.

Funeral services will be 11:00 AM, Saturday, February 5, 2022, at Our Saviors Lutheran Church in Barnesville, MN with Rev. Chris Leach officiating. Burial will follow in City Cemetery, Barnesville, MN.

Visitation will be one hour prior to the funeral service on Saturday.

Eugene John Janssen was born on August 17, 1932, to John and Lillian (Anderson) Janssen on the farm in rural Barnesville, MN. He was baptized and confirmed at Our Savior's Lutheran Church in Barnesville. He attended a one room school, District 19, for three years and graduated from Barnesville High School in 1950. He lived on the farm for 70 years. He farmed with his brother, Duane for 50 years, farming grain and cattle. Gene wintered in Apache Junction in Arizona for 35 years.

On November 17, 1991, Gene married Lois Asp in Bethel Evangelical Free Church in Fargo. The couple made their home on Gene's farm east of Barnesville. In 2002, they moved into Barnesville where Gene continued to live until entering ValleyCare and Rehab in 2018. Gene was a lifelong member of Our Saviors Lutheran Church in Barnesville. He liked old cars, and he was a member of the Fargo Red River Valley Horseless Carriage Club of America. He took many old car tours throughout MN, ND, and SD. He also enjoyed many tour bus trips around the USA and Canada, Alaska. He was born with Alpha-1 Antitrypsin Deficiency-an inherited lung disease, he suffered life long with it.

He was preceded in death by his wife, Lois in 2008; his parents; brother, Duane; and sisters-in-law, Kathleen and Dianne.