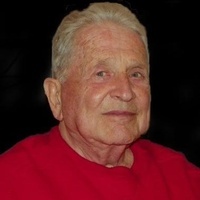 Glen Johnson, of Pharr, TX succumbed to complications from cancer at the Edenbrook nursing home in Edina, MN surrounded by his family on Tuesday, April 30, 2019.

Glen was born in Duluth, MN and grew up in St. Paul, MN. He studied music at Hamline University and received his Master’s degree at VanderCook College of Music. Soon thereafter, Glen relocated to Barnesville, MN to become the music teacher at Barnesville High School. It was there, where he met his wife Gail, who sang in the church choir, which he also directed.

Shortly after they married in 1964, Glen and Gail relocated to Plymouth, MN so that he could become the Orono Middle School band director. They soon started a family and stayed in Plymouth for the next two decades. During this time, Glen was very active with the Plymouth Wayzata Youth Baseball Association — serving as their president for several years.

Glen and Gail eventually moved to Texas to enjoy retirement with fellow Winter Texans. Glen’s love of music kept him busy even in retirement. He directed and performed with several local bands, including the Rio Grande Valley Band and the McAllen Wind Ensemble. As a loyal Minnesota sports fan, Glen continued to follow the Twins and Vikings from Texas.

The visitation will be held on Sunday, May 5, 2019 from 2-4pm at the Miller Funeral Home, 6210 Hwy 65 NE, Fridley, MN. A celebration of life service will be held immediately afterward at 4pm, followed by a reception at 5pm. Interment will be held on Monday, May 6 at 11am at the Barnesville City Cemetery, Barnesville, MN.

Glen is survived by his three sons: Martin and his wife Cyndi of Redwood City, CA, Ky of Maple Grove, MN and Marshall of Brooklyn Center, MN; one sister, Lois Murray of Burnsville, MN; one nephew, Dave Hanson and his wife Lori of Olivia, MN and one niece, Mary Eller and her husband Bob of Eagan, MN.

He was preceded in death by his parents, Omar and Myrtle, and his wife, Gail (Ellefson) Johnson, in 1996.

In lieu of flowers, memorial donations may be sent to the American Cancer Society.

A special thank you to his friends in Pharr, TX and Fairview Hospice in Minneapolis, MN for their loving care and support during his final days. Also, the family would like to extend their sincerest gratitude towards Edenbrook Edina nursing home, Miller Funeral Home and Dobmeier Funeral Home for being very accommodating and understanding during this difficult time.