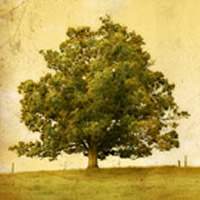 Glenn Everette Berg was born January 29, 1933 to Thomas Kingo and Laura Mildred (Rugg) Berg in Barnesville, MN. At the age of 4 years old, Glenn was hit by a car which caused a traumatic brain injury. He attended Barnesville School through the 4th grade, but because of his injury was unable to complete school.  Glenn served a short time in the US Army before being discharged.  During Glenn’s lifetime, he worked for the City of Barnesville, area farmers, and trimmed trees.  He lived in Barnesville all of his life.  For the last 4 months, Glenn resided at the Golden Manor Memory Care in Detroit Lakes, MN.

A graveside service and burial will take place in City Cemetery, Barnesville, MN in the spring.

To order memorial trees or send flowers to the family in memory of Glenn Everette Berg, please visit our flower store.