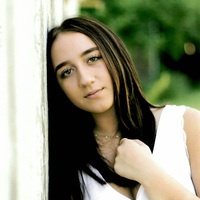 Grace Katherine Olson was born on January 6, 2003, to Shawn and Trina (Peasley) Olson in Fargo, ND. She came home to two sisters, Saydi and Emily, in Barnesville, MN. She attended school in Barnesville and graduated from Barnesville High School in May of 2021. During her school years, she played softball, participated in Sue's dance, was a member of FFA, and a stats girl for wrestling and football. During her senior year she managed school and three jobs: at Front Street Nutrition, a waitress at the Pitchfork, and worked at Dean's Bulk gas station. This past fall, she began going to NDSCS in Wahpeton, ND where she had plans to become a nurse. In November she took a job as a nursing assistant at ValleyCare and Rehab in Barnesville and was a true blessing to the residents.

Grace enjoyed hanging out with her friends! She loved shopping, especially at the Boot Barn, Scheels, and Target. She liked to get herself a drink from Starbucks. Her favorite place to eat was at Izumi eating sushi. Her favorite music was Country Music. Her style of clothes included her favorite Carhartt Sweatshirt, Carhartt stocking hat, and boots. Grace's favorite thing to do with her family were trips to the Twin Cities to go shopping. She also enjoyed trips to see various places all over the country. Grace was known to have a stubborn streak and be a bit sarcastic. She has two favorite cats Remi and Oliver.

She was preceded in death by her grandpa, Merrill Kuehn, and her great grandparents.

Grace died in an automobile accident near Underwood, MN on Sunday, February 27, 2022.

Visitation will be 2-5 PM on Sunday, March 6, at Assumption Catholic Church with a Prayer Service at 5:00 PM. Visitation will continue for one hour prior to the service on Monday.

Mass of Christian Burial will be 11:00 AM, Monday, March 7 at Assumption Catholic Church in Barnesville with Father Todd Arends presiding. Burial will follow in St. Mary's Cemetery Barnesville. To order memorial trees or send flowers to the family in memory of Grace Katherine Olson, please visit our flower store.