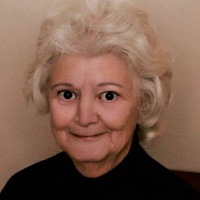 Janet Elaine Goldberg was born on April 30, 1945, to George Edward and Ruth (Anderson) Goldberg at home in Barnesville, MN. She grew up in Barnesville where she attended school graduating in 1963.

On January 16, 1965, she was united in marriage to Wayne Holt in Barnesville. The couple lived in Barnesville and moved to the family farm in 1968. Throughout her life she worked along side her husband on the family farm. She also worked in several different jobs outside of the farm, including the Clay County Fair, Census taker.

Janet was a member of St. James United Church of Christ, where she was active in the guild. Family was extremely important and she loved her grandsons and spoiled them.

She was preceded in death by her husband, Wayne in 1997; her parents; and one daughter, Cindy Renae Holt.

To protect the health and safety of all, services are currently being limited as required by state and local authorities and the CDC. Expressions of sympathy during this time can be left on the condolences page available with the obituary. A service to celebrate Janet's life will be held at a future date.