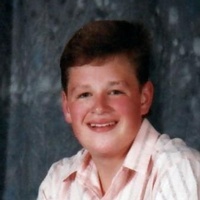 Visitation will be held for one hour prior to the funeral service at the church.
On March 12, 1973, Jeremy James Heng was born to Jim and Susie (Lammers) Heng in Fargo.  He grew up and attended school in Barnesville, graduating from Barnesville High School in 1991.

As a young man, Jeremy enjoyed softball and archery.  He grew up working on the farm, raising cattle and chickens.  When he was 15 years old, he began working at the Mill.  Jeremy also enjoyed helping area farmers and driving trucks during harvest.  Most recently, Jeremy has lived in Dilworth, MN and worked for Professional Transportation, Inc., transporting railroad crews between stops.

He was preceded in death by his grandparents, Dallas and Annie Lammers and Stanley Heng; and an uncle, Dean Heng.
To order memorial trees or send flowers to the family in memory of Jeremy James Heng, please visit our flower store.