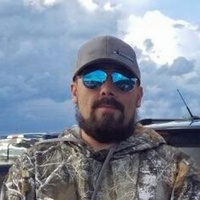 Jesse Krauth, 34, died of a brain aneurism on Tuesday, September 9, 2020 at Essentia Hospital in Fargo.

Jesse Richard Krauth was born on July 25, 1986 to Donald and Elizabeth (Mock) Krauth in Danbury, CT.  In his young years, the family lived in several places throughout the US.  Then in the early 2000’s they settled in Barnesville, MN.

Jesse will be remembered for having a big heart.  He enjoyed wrenching on vehicles and motorcycling.  He enjoyed the outdoors with shooting guns, hunting, and fishing.  Jesse was not a rule follower, and he walked to the beat of his own drum.

He was preceded in death by his parents Donald and Elizabeth Krauth, maternal grandparents, and paternal grandfather.

The family will host a Private Celebration of Jesse’s Life.

To order memorial trees or send flowers to the family in memory of Jesse R. Krauth, please visit our flower store.