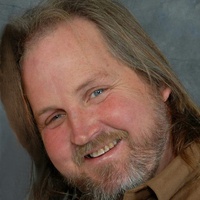 Jimmy Joe Nyberg was born on August 1, 1961, to John and Peggy (Clark) Nyberg in Minot, ND.  He grew up in Horace, ND and attended school in West Fargo.  He graduated from West Fargo High School in 1979.  While in school, he worked at Target in Fargo and met his future wife Denise Brandenburger there.  They were married on November 22, 1980, in Hopkins, MN.  Following school, he went to basic training for the Army, but was eventually sent home because he was blind in one eye.  He began training and working as a plumber in the plumbers Union of Fargo.  He worked for West Fargo Plumbing and Heating and then Robert Gibb and Son for many years.  Jimmy and his family moved to Barnesville in 1988 and he started his own plumbing business, known as JJ’s Plumbing.  He also started cattle farming at the same time, raising fats.  Eventually, Jim wanted a bigger farm and they purchased one in Tansem Township in rural Barnesville.  He built barns and fences and continued to raise cattle on his new farm.  He enjoyed watching the baby cows grow.  Jim’s health declined a few years ago and he couldn’t maintain the plumbing or the cattle business.  But he continued raising chickens, ducks, geese, and pheasants.  During his lifetime, Jim enjoyed hunting and fishing.  Over the last few years, he loved being Grandpa’s Daycare and caring for his grandchildren.  The love of the grandkids is what kept him going the last few years.

Jim will be remembered for his signature wild hair, mustache, and beard.  His way of life was “Take me as I am or tough.”

He was preceded in death by his grandparents.

To order memorial trees or send flowers to the family in memory of Jimmy J. Nyberg, please visit our flower store.