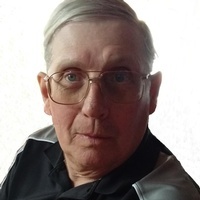 Funeral services will be 11:00 AM, Tuesday July 17, 2018 at Westminster Presbyterian Church in Baker, MN with Pastor Lorelee Benz officiating.  Burial with Military Honors will follow at Elkton Cemetery, Downer, MN.

John Fred Pender was born on February 11, 1952 to Howard Orris and Evelyn Margaret (Kluck) Pender at St. Ansgar Hospital in Moorhead, MN.  He grew up on the family farm near Downer, MN.  He attended school in Barnesville and graduated in 1970.

Following high school, he worked on the construction crew that built I-94 through the area.  He then attended Moorhead Tech School in Diesel Mechanics.  John then entered the US Army and served for three years.  He returned home and farmed for a few years.  He then re-enlisted in the Army and served in several places including Germany for 10 years.

Following his service in the Army, John returned to Minnesota.  He continued in the National Guard.  During this time, he also worked at Northern Improvement becoming a “master mixer.”  He loved the farm and liked working there and telling how things should be done.

Since retiring, John has spent countless hours restoring old farm equipment.  He was a lifetime member of the Rollag Steam Threshers Reunion, where he spent time helping fix the Downer church on the grounds.  He was also active on the Elkton Cemetery Board.   A big part of his life was his nieces and nephews and the great nieces and nephews.  He was fond of family history and the Pender Farm.

He was preceded in death by his parents; one sister Nola Mae Coon; sister-in-law Josephine Pender and nephew Steven Briss.