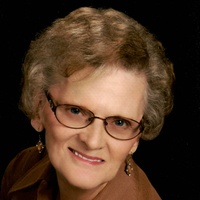 A Celebration of Life will be held at a later date. Private burial will be at Spruce Grove Cemetery, Frazee, MN.

Joyce Ahrens was born on August 3, 1937 in Perham, MN to John Detrick and Marion Lucille (Schmidt) Ahrens.  Joyce was the second of three girls.  Donna was the oldest by five years, Pam was ten years younger, then Joyce.

On November 24, 1956, Joyce was united in marriage to Robert "Ed" Bachmann at her childhood church. After their marriage they lived in various locations until settling in rural Barnesville, MN. They were married for 50 years.

Joyce worked various jobs in the Fargo/Moorhead/Barnesville area from 1970-1997. First and foremost, her family was the most important to her. Joyce was a member of St. John's Lutheran Church in Barnesville, where she was active with the ladies aide.

Preceding Joyce in death are her husband, Ed in 2007; her parents; her son-in-law, David Thompson, and one sister, Donna Pihl.

A special thank you to the people who have cared for Joyce all of these years with her dementia including the wonderful people at Golden Manor Assisted Living, ValleyCare and Rehab, and Hospice of Red River Valley.

To order memorial trees or send flowers to the family in memory of Joyce Bachmann, please visit our flower store.