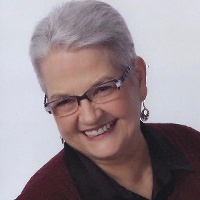 Visitation and Funeral services will be Saturday, July 13, 2019. Visitation will begin at 12 noon with the funeral service at 1:00 PM in Dobmeier Funeral Home and Cremation Service, 202 Front St N, Barnesville, MN. Burial will be at 3:00 PM at St. Mary’s Catholic Cemetery, Barnesville.

Kathleen Gail Hutter was born on May 31, 1942 to Roy Michael and Violet (Packard) Hutter in Galesburg, Illinois. She spent the first few years of her life in Rapid City, SD before her family settled in Fargo ND.  Kathy graduated from Fargo Central High School in 1961 and attended North Dakota State University where she was a member of the Kappa Delta sorority.  While attending NDSU she met her future husband, Mike, who lived at the fraternity house across the street from the Kappa Delta house.

In addition to raising four kids and managing the household, Kathy worked a variety of jobs in Barnesville, including working at Lee’s Super Value and selling Tupperware and Avon products.  She also supported Mike’s farming and real estate activities.

Kathy was a loving and supportive wife, mother, and grandmother.  She was a leader for her daughters’ scout groups.  She maintained a large garden to keep her family fed with vegetables year-round.  Kathy was a voracious reader, with interests spanning history, Native American culture, and eastern philosophies.  She enjoyed daily crossword puzzles.  She loved music and attended many concerts from musicians ranging from Tina Turner to Hank Williams Jr.  She was an avid sports fan and especially enjoyed watching football.  Kathy was also a dog lover, her most recent pets being Charlie and Gizmo.

Kathy was preceded in death by her husband Mike and by her parents. Kathleen's Memorial Folder
To order memorial trees or send flowers to the family in memory of Kathy Farrell, please visit our flower store.