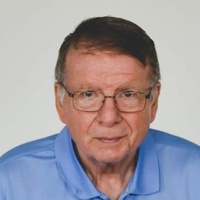 Larry was born and raised in Granite Falls, MN. He graduated from Concordia College. He then spent his adult life in Fergus Falls, MN before moving to Moorhead, MN in his retirement.

Larry will be remembered by many as a jack of all trades. He spent many years working as a special education teacher within the Breckenridge public school system and at the Fergus Falls Regional Treatment Center. He later transitioned to a career in construction, first running his own residential construction business and later serving as a Building Director for Ottertail Wadena Community Action Council. He will also be remembered for his involvement in the Boy Scouts of America, serving as an Assistant Scoutmaster and later as a Scoutmaster for Troop 305 of Fergus Falls while his sons were in Boy Scouts.

A memorial service will be held at Lutheran Church of the Good Shepard at 4000 28th St S, Moorhead, MN on Saturday August 8th at 10:30 AM. Attendance will be limited due to COVID-19 restrictions; however, virtual attendance will be available through online video. Lutheran Church of the Good Shepherd