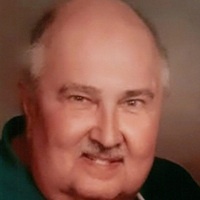 Lawrence "Larry" Dean Lammers was born on September 12, 1952, in Moorhead, MN to Dallas and Ann (Nosal) Lammers. He grew up in the Barnesville, MN area. He attended school at Assumption Catholic School and graduated from Barnesville High School in 1970.

Larry worked various jobs including Silverline, Kost Brothers, Warehouse Food Market and Dakota Hospital while attending Interstate Business College. He started working at the United States Postal Service in 1985, retiring from the USPS in 2009 in Barnesville.

In addition to spending summers at Strawberry Lake, near Ogema and wintering in Rockport, TX he enjoyed gardening (Master Gardener of Clay County, MN), served on the LARL board for five years, taught CCD at Assumption Catholic Church, Pastoral Council for nine years, and held the secretary position, and communion minister until time of retirement. He also enjoyed reading and sharing music CD's with friends.

He was preceded in death by his parents, Dallas and Ann Lammers; one sister, Karen Foslien; and one grandson, Jacobi Iverson; his brother-in-law, Gary Anderson; and in laws, Gerhardt and Audrey Anderson.

Larry Lammers, age 69, died at his home in Moorhead under the care of Hospice of the Red River Valley, after a long fight with cancer, on Monday, January 10, 2022. Throughout his cancer battle, Larry connected and appreciated the compassion received by his care team.

Visitation will be 4-7 pm, Sunday, January 16 at Dobmeier Funeral Home in Barnesville, MN. Visitation will continue one hour prior to the Mass on Monday.

To order memorial trees or send flowers to the family in memory of Larry Dean Lammers, please visit our flower store.