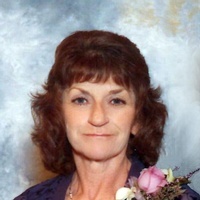 Margaret A. Gray, 68, Barnesville, MN died on Friday, October 12, 2018, at Sanford Hospital in Fargo, ND.
Memorial Services will be 11:00 AM, Tuesday, October 16, 2018 at Assumption Catholic Church in Barnesville, MN with Father Gary LaMoine presiding.
Visitation will be from 5-8 PM, Monday at Dobmeier Funeral Home in Barnesville with a Prayer Service at 7:00 PM.  Visitation will also be one hour prior to the funeral service.
Margaret “Maggie” Ann Bulik was born on August 21, 1950 to Dave and Rose (Neppl) Bulik in Moorhead, MN.  Maggie grew up on a farm near Kent, MN. She was baptized and attended Assumption Catholic Church in Barnesville. She attended Assumption Catholic School and then Barnesville High School graduating in 1968.
Margaret was united in marriage to Donald Gray on October 5, 1968, at Assumption Catholic Church.  They lived in Barnesville for a few years before moving to Downer, MN in 1975 where she raised four children.  Throughout her life she worked at several places including Emery’s Café, the King Coin Laundromat, Thompson Greenery, all in Barnesville and the Select Inn in Fargo.
She enjoyed gardening but hated bugs.  She loved attending her kids’ and grandkids’ events.  She was an avid thrift store shopper and loved hunting for the great bargains.  She loved playing cards and putting puzzles together with her family.  She was an extreme coupon clipper before it was cool.  She had a passion for cooking and baking.
She is survived by four children:  Kristi (Mark) Geigle, Barnesville, Angie Gray, Barnesville, Brent (Megan) Gray, Moorhead, MN, Marty (Melissa) Gray, Barnesville; nine grandchildren:  Lakin, Grayson, Kaden Geigle, Shelby Braton, Colby Braton, Noah Gray, Evan Gray, Brodee and Kenadee Gray and a great grandson Ryder McGough. Also surviving Margaret are 3 sisters and a brother: Judy Frederiksen, Barnesville, Dave (Sandy) Bulik, Detroit Lakes, Mary (Kerry) Foster, Lake City, TN and Jackie Bulik, Denver, CO, 3 sisters-in-law: Sandy (Dennis) Herbranson, Rollag, Renee (Al) Aamodt, Horace, ND, Carol (Paul) Quinnild, Barnesville; 1 brother-in-law Dale Champ, Elbow Lake, MN;   and many nieces and nephews.
She is preceded in death by her husband Donald in 2015, her parents David and Rose Bulik, an infant daughter; a brother Tom Bulik, and several in-laws.

Due to the many medical battles Margaret faced during her life, she decided to donate her body to UND  Medical School for the advancement of medicine.