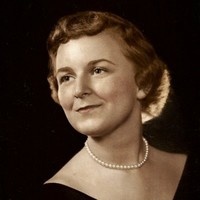 Margaret Wagner, 82, of Fargo, formerly of Moorhead and Barnesville, MN, died on Wednesday, February 5, 2020 at the Sanford Hospice House in Fargo.

Memorial services will be 1:00 PM, Saturday, July 18, 2020, at Grace United Methodist Church (1120 17th ST S) in Moorhead, MN with Rev. Roger Grafenstein officiating. Because of social distancing the service will be limited to close friends and family. All are invited to the graveside service at 2:30 PM, at Rosemound Cemetery, Barnesville, MN. That time will be followed by food and fellowship at the Pitchfork in Barnesville. All people are invited to wear Margaret's favorite color pink.

Margaret Mary Osborn was born on March 19, 1937 to Aaron Miles and Eleanore (Lutts) Osborn in Brainerd, MN. For the first 13 years of her life, during WWII, she attended school in Onamia, MN and in southern California. While in the 8th grade, her family moved to Barnesville, MN where she continued school, graduating from Barnesville High School in 1955. Margaret continued her education at St. Cloud State University with a degree in English and a minor in Psychology. During the years she was in college, she married Richard Orville Wagner on June 27, 1958. She began teaching in Graceville, MN for two years. In 1963, she began a 12-year span of teaching English in Rosemont, MN. Then in 1975, the family moved to Moorhead, MN. She taught at the Moorhead tech school and in 1979 Margaret became the librarian at St. Luke's School of Nursing and later became librarian at MeritCare Hospital in Fargo, ND. She retired in 1999. For many years after retirement, Margaret and Richard enjoyed summers at Pelican Lake, and they loved having their family and grandchildren fishing at the lake.

Margaret was an avid reader. She also enjoyed puzzle books, puzzles, fishing, and traveling. She was diagnosed with Parkinson's Disease in 2010 and did not let that slow her down. She continued being active three days a week at the Wellness Center and singing with the Tremble Clef Choir. She has been a longtime member of Grace United Methodist Church in Moorhead.

She was preceded in death by her parents: Miles and Eleanore Osborn;, and one brother, David Osborn.

Margaret's Memorial Folder
To order memorial trees or send flowers to the family in memory of Margaret Wagner, please visit our flower store.