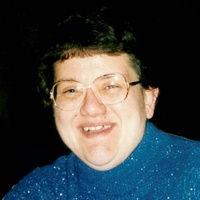 Marianne Wagner, age 59, died on Saturday, January 18, 2020, at ValleyCare and Rehab, succumbing to a two-year fight with cancer.

Funeral services will be 11:00 AM, Saturday, January 25, 2020, at Assumption Catholic Church in Barnesville, MN. Burial will follow in City Cemetery, Barnesville.

Visitation will be from 5-8 PM, Friday, at Dobmeier Funeral Home in Barnesville, MN with a Prayer Service at 7:00 PM. Visitation will continue one hour prior to Mass at the church on Saturday.

Marianne Joan Wagner was born on September 26, 1960, to Loren and Rosella (Gehrig) Wagner in Moorhead, MN. She grew up on the family farm near Downer, MN and attended school in Barnesville, graduating in 1979. She also graduated from Moorhead State University with a degree in accounting. In her younger years, she worked at numerous spud houses in Downer, at Maggie’s Greenhouse, and at Thompson Greenery. Marianne has been a constant “go-to” at City Center and Hardware Store in Barnesville since 2000. She had the knack of helping customers find the widget to fix about anything.

During Marianne’s spare time, she enjoyed needlepoint and crocheting.  Marianne embroidered hundreds of flour sack dish towels. She also liked to play games and cards. She has served as Elkton Township Treasurer for many years. She spent lots of hours in the garden and flower beds.

She was preceded in death by her parents, Loren and Rosella; and numerous aunts and uncles.