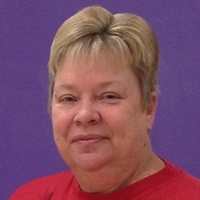 Visitation will be 5-8 PM, Tuesday, August 21, 2018 at Dobmeier Funeral Home in Barnesville, MN with a Prayer Service at 7:00 pm.  Visitation will continue for one hour prior to the funeral service at the church on Wednesday.

Funeral services will be 11:00 AM, Wednesday, August 22, 2018 at St. Joseph’s Catholic Church in Moorhead with Father Nate Brunn presiding.  Burial will be in St. Mary’s Cemetery, Barnesville.

Marie Louise was born on December 8, 1952 to Laverne and Magdalen (Hermann) Schuster at Breckenridge, MN.  She was baptized, confirmed, and married at St. Galls Catholic Church in Tintah, MN.  She attended school and graduated from Tintah High School in 1970.  She attended Interstate Business College in Fargo.

She was united in marriage to Kenneth Krause on June 25, 1971.  They made their home in various communities until settling in Barnesville in 1988, where they owned the Barnesville Building Center.  Marie worked at several jobs while raising her family.  Marie attended Rita’s Beauty School in 2001.  She worked as a hairdresser in Moorhead and then Barnesville for several years.  Ken died in 2003 and she remained in Barnesville for the next several years until moving to Fargo in 2017.

Marie was a huge MN Vikings Fan, an avid reader, loved playing bingo, and fishing.  She enjoyed spending summers at Strawberry Lake.  Most importantly she loved watching her grandchildren grow up.

She was preceded in death by her husband Ken in 2003, her parents, an infant sister, and nephew Darrin Schuster. Marie's Memorial Folder
To order memorial trees or send flowers to the family in memory of Marie Krause, please visit our flower store.