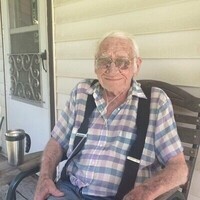 Marvin Lloyd Hanson was born on July 27, 1930, to Loyd Lane and Diana “Geneva” (Larson) Hanson in Janesville, WI where he was baptized. As a small child, the family moved to Breckenridge, MN and he attended a one-room school house, District 61 Country School in Wilkin County, MN. He was confirmed in faith in Breckenridge, MN. Marvin served his country in the US Army from 1952 to 1954. He completed basic training in Kentucky and was stationed in the infantry in Germany.

In the late forties, Marvin met his future wife while roller skating in Breckenridge, MN. After his release from the service, he married Mary Elizabeth Hemness on August 14, 1954, and they started their family soon after. They lived in the Twin Cities for about a year and a half before moving to Santa Ana, CA where he continued to work in housing construction. In 1958, Marvin and his family moved from California to Rollag, MN where they and their 4 children were members of the Rollag Lutheran Church.

Marvin continued his trade as a master craftsman for many years, but he also had a farm where he raised feeder and dairy cattle and pigs. His routine for many years was milk the cows, work construction in Fargo, do some field work, and then milk the cows again. It seemed that hard work ran in his veins. In the early seventies, Marvin and his business partner, Fred Kraft, started K & H Construction. He found building houses and general contracting both challenging and rewarding work and the two continued the business for more than 35 years.

After their children grew up, Marvin and Mary began traveling to Mississippi in the winters, where Marvin would find local construction work. They both loved visiting family and friends there. In later years, Marvin was often found tending to his expansive garden, tinkering with various projects, and even ambling around on his ATV. Throughout his life, he enjoyed hunting, fishing, and shooting the bull with anyone and everyone. He spent many hours saddled up to the kitchen island with his mug sharing stories. Marvin lived on his farm near Rollag until December of last year when he moved to Bethany Retirement Living in Fargo.

He was preceded in death by his wife Mary in 2008, son Lloyd, two brothers David and Norman Hanson, his parents, grandson-in-law Lance Knaup, and dear friends Norman “Kelly” Tolbert and Phyllis Engen.

Marvin died on Wednesday, March 16, 2022, at Bethany Retirement Living in Fargo at the age of 91.

Visitation will be held from 10-11 AM, Friday, March 25, 2022, with a Memorial Service to follow at 11:00 AM at Rollag Lutheran Church in Rollag, MN with Rev. Jim Greene officiating. Burial will be in the Rollag Cemetery.

In lieu of flowers, donations are suggested to support the Veterans Honor Flight of ND/MN. Marvin was a recipient of the Honor Flight in 2016 and he would have loved to send more area service members on this life-changing trip.

To order memorial trees or send flowers to the family in memory of Marvin Lloyd Hanson, please visit our flower store.