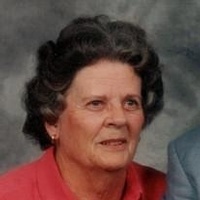 Mary Elizabeth Altner, age 94, of Glendive, Montana, passed away on Thursday, December 14, 2017 at the Glendive Medical Center. Interment is on Friday, June 1, 2018 at City Cemetery, Barnesville, MN.
Mary was born on July 9, 1923 in Barnesville, Minnesota to parents George and Ella (Emerson) Metcalf. She was raised and educated in Barnesville. While at North Dakota State University Mary met the love of her life Allan Altner. The two were married in Barnesville on December 21, 1946. They would have celebrated their 71st wedding anniversary next week. To this union two children were born; Thomas and Sally. Mary and Allan moved to Glendive 1947 because of Allan's work at M.D.U. Mary enjoyed working in her flower garden and liked volunteering at her church. She was an Eastern Star. Her most favorite activity was spending time with her family on summer trips to the cabin on Pelican Lake in Minnesota.
Mary was preceded in death by her parents; her brother and his wife.
Mary is survived by Allan Altner of Glendive; children Thomas Altner of Worland, Wyoming, and Sally (Michael) Ellestad of Brooklyn Park, Minnesota; grandchildren Matthew Altner of Dickinson, North Dakota, Nathan Altner of Laramie, Wyoming, and Jill (John) Jarchow of New Richmond, Wisconsin and one great grandchild, Ellea Jarchow.
To order memorial trees or send flowers to the family in memory of Mary E. Altner, please visit our flower store.