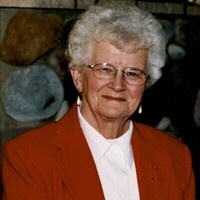 BECAUSE OF THE BLIZZARD THE FUNERAL IS POSTPONED UNTIL THURSDAY (DECEMBER 24) AT 11:00 a.m.

Mavis Holt, 89, of Pelican Rapids, formerly of rural Barnesville, MN passed from her earthly life to her heavenly home Friday, December 18, 2020, at the Pelican Valley Senior Living under the care of the nursing home staff and LB Hospice.

Mavis Helen was born on December 17, 1931, to Orville and Bernice (Halbakken) Sorum in Norwegian Grove Township. She graduated from Pelican Rapids High School in 1950. Mavis then studied accounting at Interstate Business College in Fargo.

Mavis was united in marriage to Curtis Holt on November 25, 1951, in Pelican Rapids. They made their home on the Holt home place in Norwegian Grove Township where they had a dairy farm and raised their family. They opened their home to foster children and foreign exchange students. In 2004, Mavis moved into an apartment in Pelican Rapids, later moving back to the home place in 2014 with her daughter, Rachel and family. In January of 2019, Mavis became a resident of Cozy Country Living in Hawley, MN.

Mavis had a servant-heart and put the needs of others first. It wasn't uncommon to find her doing several tasks all at the same time, like baking bread, doing laundry and canning vegetables from her large garden. She would often say, "If you've learned to work, you've learned a lot." But, she was never too busy for a visit over a cup of coffee and a plate of her Sally Ann cookies. Her family was never wanting for a hearty meal. She made some of the best Norwegian lefse, flat bread, and sweet soup. She loved speaking Norwegian with anyone who could, but especially with her brother, Orrin. She was a gifted seamstress and enjoyed a variety of crafts. Mavis loved to read, her favorite book being her Bible. Her greatest joy was discussing the truths in God's word with others and she wanted everyone to know of God's love for them.

Mavis was a charter member of Calvary Evangelical Free Church in Pelican Rapids, and active in their church circle, mission work, and several bible studies. She was also very involved in 4-H as a project leader, while raising her family.

She was preceded in death by her parents, husband Curtis, one son Danny, granddaughter Grace Ziebell and three brothers: Reuben Sorum, Selvin Sorum, and Lyle Sorum.

Celebration of Life: BECAUSE OF THE BLIZZARD THE FUNERAL IS POSTPONED UNTIL THURSDAY (DECEMBER 24) AT 11:00 a.m.,  at Calvary Evangelical Free Church in Pelican Rapids, MN with Pastor Bob Satterlie officiating. (Facemasks are required)

There will be a live stream of Mavis's Celebration of Life Service, go to Mavis' obituary page on our website, and scroll down to the bottom and the service will begin at 11:00 a.m.; The funeral service will also be uploaded at a later time to our website if you are unable to attend the live stream.

Please keep Mavis' family in your thoughts and prayers. Mavis's Memorial Folder
To order memorial trees or send flowers to the family in memory of Mavis Holt, please visit our flower store.