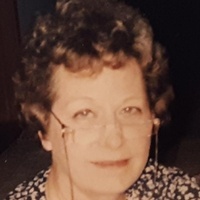 Maxine Anderson, 81, of New Hope, MN died peacefully at home with family members at her side on Friday, September 21, 2018.

Visitation will be 5-7 PM, Thursday, with a Prayer Service at 7:00 PM at Dobmeier Funeral Home in Barnesville, MN.  Visitation will continue one hour prior to the funeral service at the church.

Maxine Delaine Siggerud was born on October 1, 1936 to Kalmer and Stella (Haugrud) Siggerud, and grew up in the Barnesville area.  She was baptized, went to Sunday School, and was confirmed while young at Little Bethany Church.  She graduated from Barnesville High School in 1954.  After high school she moved to Fargo, and worked at Fargo Bank.

On June 7, 1958, Maxine married Vernon Anderson, also of the Barnesville area.  Following Vernon’s graduation from college in 1962 they moved to Salt Lake City, Utah.  In 1966, they moved to New Hope, Minnesota.  Except for short periods of time after the children were born, Maxine worked outside the home for approximately forty years, doing administrative assistant work and human resources at Nortronics, Food Producers, and ConAgra, retiring in 1994.

From an early age the sewing machine got much use.  Some of her early interests included crocheting, ceramics, quilt making, and knitting.  Other interests were flower gardening, recipe collection, reading, and crossword puzzles.  She was an awesome cook. Maxine's Memorial Folder
To order memorial trees or send flowers to the family in memory of Maxine Anderson, please visit our flower store.