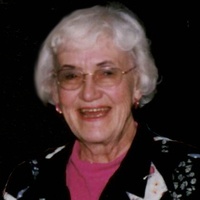 An outdoor Celebration of Life was held 11:00 AM on Saturday, July 11th, 2020 at Gran Lutheran Church in rural Rollag, MN.

Maxine Shulstad, 87, of Barnesville, MN, passed away on Thursday, April 2, at ValleyCare & Rehab in Barnesville.

Maxine Yvonne Lee was born on Oct. 5, 1932, to Victor and Bertha (Hanson) Lee of rural Barnesville, MN.  She graduated from Barnesville High School in 1950 and attended one year at Concordia College.

Maxine was a farm wife, staying home to raise their family, including AFS students, Peter Crow of New Zealand and Sascha Roeber of Germany.

She and Gordon took area Luther Leaguers on trips to the Beartooth Mountains, Wyoming, during the 70's. She also wrote and directed plays and musicals for Gran Leaguers."That Week In Jerusalem" an Easter multi-media, was presented by Rollag Parish and by St. James United Church of Christ.

Maxine went back to school, graduating from Moorhead State University in 1986. As a staff writer she worked for the Barnesville Record Review for ten years.

Interested in local history and genealogy, she wrote o;Sondre Helle Family, and “Sigrid Nilsdatter’s Family”; stories about her great grandmother’s life in Norway and America.  Later, she collaborated with Dennis Herbranson in a volume called "Rollag - From Norway to Minnesota" a compilation about the immigrants that settled in this area. She also worked with Eileen Emerson on the history of Gran Lutheran Church.

Max did not like cooking, but she did enjoy making Norwegian goodies & lefse, flat bread, sandbakkels, and krumkake; teaching her grandchildren the art.

Preceding her in death were her parents, Victor and Bertha; an infant brother, Curtis Owen Lee, and her husband, Gordon.

Maxine will be buried in Gran Cemetery with a private family service. Later this summer, the family will plan a public service to remember the remarkable woman that she was. If you would like to send a card to her family, feel free to mail them to the funeral home, Dobmeier Funeral Home Attn:Maxine Shulstad Family; PO Box 235 Barnesville, MN 56514