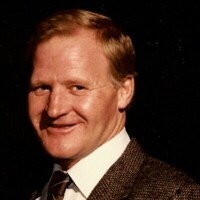 Melvin Heimark, age 79, of Sabin, MN died on Friday, October 30, 2020 at Bethany on University from complications of Alzheimer's

Funeral services will be 11:00 AM, Wednesday, November 4, 2020 at Trinity Lutheran Church in Sabin, MN with Rev. Brett Hartwig officiating. The funeral will be live streamed at www.DobmeierFuneralHome.com Burial will follow in Trinity Lutheran Cemetery, rural Sabin.

Visitation will be from 9-11 AM at the church on Wednesday.

Melvin Arland Heimark was born on October 4, 1941 to Morgan and Adeline Heimark in Pelican Rapids, MN. He grew up in Pelican Rapids and attended school there. He worked for Kost Brothers in Downer, farm hand for Loren Rosenfeldt for few years. Melvin was united in marriage to Annette on August 20, 1965. They started out their married life in Dilworth until building a home in rural Sabin. They adopted their son Kip in 1976. He spent over 25 years working for Pepsi in Fargo. He owned MK Custom Counter Tops with his son Kip until retiring.

He enjoyed hunting, fishing, camping, and the outdoors. He loved playing cards and dice and spending time with family. They enjoyed many summers at Ebert's Resort on Star Lake.

He is also survived by two brothers Morgan (Jenny) of Sabin, MN, and Harvey of Hunter, ND, one sister Sandy Abraham of Vero Beach, FL and many nieces and nephews.

To order memorial trees or send flowers to the family in memory of Melvin Heimark, please visit our flower store.