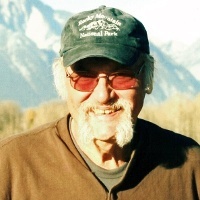 Funeral services will be 11:00 AM, Thursday, July 25, 2019 at Dobmeier Funeral Home in Barnesville, MN with Rev. Frank Picard officiating.

Visitation will be from 5-8 PM, Wednesday, July 24, at Dobmeier Funeral Home with a Prayer Service at 7:00 PM.  Visitation will continue for one hour prior to the service on Thursday.

Neil Robert Josephson was born on October 7, 1949 to Charles Bernard and Ethel Christine (Rambeck) Josephson in Thief River Falls, MN.  He grew up in Goodridge, MN, Middle River, MN for 10 years, then Crookston for two years, and moved to Thief River Falls in 1962 and he graduated from Lincoln High School in Thief River Falls in 1967.  During his high school years, he enjoyed playing basketball.   He went on to attend Moorhead State University.  He began working at Silverline Boats for about 10 years.  He then owned his own company.  He began working for Roffe Containers in Moorhead for over 30 years, as operations manager until retirement.

He was married to Barb in June of 1969.  They started out in Fargo for about a year, and then moved to acreage on the edge of Barnesville in 1972.  During those years, they raised horses, and many small animals.  They also showed and raised dogs.  He enjoyed watching his children and grandchildren at their sporting events.  Over the years, he was a big supporter of 4-H and the saddle club.

He was preceded in death by his parents.