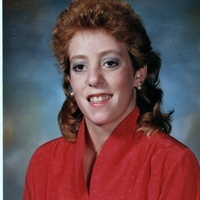 Funeral Services will be 3:00 PM, Sunday, February 11, 2018 at Our Savior’s Lutheran Church in Barnesville, MN with Rev. Chris Leach.

Visitation will be two hours prior to the funeral service.

Pamela Kay Dollison was born on July 8, 1967 to Myron Dean and Karen Kay (Breen) in Cando, ND.  She was baptized in Dilworth and confirmed at Our Saviors Lutheran Church in Barnesville.  She attended school in Barnesville graduating in 1985.  She lived in various locations throughout her life including Wahpeton, Breckenridge, Valley City, Lidgerwood, Fergus Falls, and Osakis.  She was married to Bobbi Whitlock in 2003.  They later divorced.  Pam was mother to five children, Veronica, Michelle, Michael, Adam, and David.  Pam fought myotonic muscular dystrophy throughout her lifetime.  For the past six years, she has lived at the Galeon Nursing Home in Osakis.  She enjoyed fishing, drinking diet coke, and watching the Minnesota Vikings.