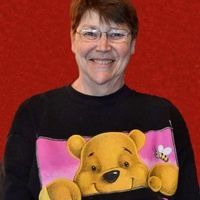 Patricia Louella Liebelt was born on May 13, 1942, to Arnold and Lucy Irene (Underwood) Liebelt in Fairview, Montana. She started out her first few years growing up in Montana and attending school there.In 3rd grade, her family moved to rural Barnesville. She then continued school in Barnesville and graduated from Barnesville High School in 1960.

Patty was united in marriage to Neil Arlo Davis on February 25, 1961, at St. James Church. They started out their married life in Barnesville, then Fargo, and eventually on the Liebelt Farm in rural Barnesville. They then built a home in 1975 where they have lived since.

She and Neil have celebrated 60 years of marriage. Together they became the foundation for growing a devoted, loving, and tight-knit family. She was selfless, inclusive, and would welcome anyone and everyone into their home, and asked to be called "Grandma Patty" by all. Patty will be remembered for her love and dedication to her grandkids and great grandkids. She was known for her quirkiness, being young at heart, and her love of graphic t-shirts. She loved rummage sales and curb shopping and housed an arsenal of supplies for the family. Patty was the rock of the family who entertained and cooked for an army. She had a knack for story telling, late night conversations, and being the go-to person for any and all advice.

Patty was preceded in death by her parents; brother, Bob Liebelt, and brother-in-law, Ray Christiansen.