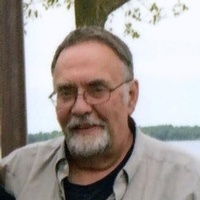 Funeral services will be 11:00 AM, Wednesday, November 14, 2018, at Our Savior’s Lutheran Church in Barnesville, MN, with Reverend Chris Leach officiating.  Burial will follow at City Cemetery, Barnesville.

Visitation will be from 5-8 PM, Tuesday, November 13, 2018, at Dobmeier Funeral Home in Barnesville, with a Prayer Service at 7:00 PM.  Visitation will continue for one hour prior to the funeral service at the church.

Paul Thomas Johnson was born on November 13, 1949, to H. Walden “Buster” and Ruth Mathilda (Lemke) Johnson in Moorhead, MN.  He was baptized and confirmed at Our Savior’s Lutheran Church in Barnesville. While attending Barnesville High School he played baseball, football and golf. Paul graduated from high school in 1967 and continued his education to graduate from Moorhead State University in 1971. Following graduation, he taught school for a couple of years.

On August 11, 1973, he was united in marriage to Vicki Lynea Scheffler.  They started out their married life in Ceylon, MN, before moving back to Barnesville.  For many years, he operated Paul Johnson Decorating, where he ran a wood finishing business, doing work for area contractors.  He worked at American Crystal Sugar for many campaigns.  For the past 7 years, Paul worked at CMS in Fargo.
Paul enjoyed watching his sons play sports, keeping the stats of their teams.  He loved being a Grandpa and spending time with the grandkids.  Traveling, vacationing, and attending car shows with Vicki created many memories. Paul spent a great deal of time in the shop with his son Paul Jr.; building engines and hot rods. Attending car shows all over the area, was something he loved doing. He owned many sports cars throughout his lifetime. Paul was a collector of baseball cards; trading and selling them with his son Dustin.   Paul wasn’t one for idle hands, he was always busy working in the shop.
He is survived by his wife Vicki, of Barnesville; two sons: Paul (Elizabeth) Johnson Jr., of Barnesville, and Dustin (Kellie) Johnson, of Waukee, IA; four grandchildren: Thomas and Bailey Johnson and Khloe and Kayde Johnson; his mother, Ruth Braseth, Fargo; and one brother, Jim (Lisa) Johnson, of Baker, MN.