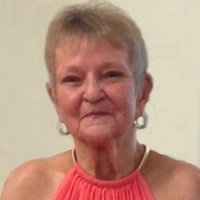 Funeral services will be 11:00 AM, Monday, August 30, 2021 at St. James United Church of Christ with Rev. Jim Wilson officiating.  Burial will follow in St. Mary's Cemetery.

Visitation will be from 5-8 PM, Sunday, August 29, 2021 with a Prayer Service at 7:30 pm at Dobmeier Funeral Home in Barnesville. Visitation will continue for one hour prior to the funeral service at the church.

Phyllis Diana Kunz was born on September 21, 1948 to George and Orpha (Garrison) Kunz in Moorhead, MN. She attended school in Barnesville and graduated in 1967. She worked for JC Penney's in Fargo as a bookkeeper for some time. Phyllis was united in marriage to Larry "JR"; Davis Jr. on July 16, 1983, at St. James United Church of Christ. They have lived in Barnesville their whole life.

In the late 1980's, Phyllis worked at Hot Stuff Pizza in Barnesville, then in 1991, they opened PJ's Drive Inn in Barnesville for about 8 years. Following those years, she managed the deli in Barnesville Grocery before retiring. She was a member of the Thursday Nite Lions. She loved to knit and crochet, making many blankets. Phyllis was a great cook and baker, who made amazing food. They took many trips around the country including Florida, Texas, and Montana. She enjoyed spending time with JR in the truck going all over the country. Her grandkids were her pride and joy and there was nothing that she wouldn't do for them.

She was preceded in death by her parents, George and Orpha Kunz; mother-in-law, Pearl Davis; and brother, David Kunz.