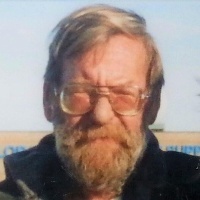 On May 10, 1975, Ray was married to Linda Lass, and to this union two children were born.  They lived in Dilworth and raised their children, before moving to a house in north Moorhead, residing there for about 20 years.  Ray then moved to Pearl Lake, residing there several years; before moving to his current residence near the Lake Park area.  Raymond started out driving truck for Phillips 66 in Moorhead, MN.  For the last several years, Raymond drove truck for Lileks Oil Company of West Fargo.  After suffering a stroke, he retired in 2013.

He enjoyed fishing, ice fishing, and fishing tournaments. Forty years ago, he helped start the Walleyes R Us in the lakes area. Ray raced competitively at Buffalo River Speedway. He also enjoyed bowling and had been on several leagues. He was most relaxed when sitting by the fire with Baxter, close neighbors and friends.  For many years he also enjoyed deer hunting.  He was dedicated to his employer and worked hard, long hours.  Another of his favorite past times was reading books and the daily newspaper; and faithfully listened to sporting events on the AM radio.

He was preceded in death by his mother, Janet Fox, his dad, Kenneth Fox, father, Al Gardner, and one brother, Terry Fox.

Raymond passed peacefully on Friday, August 9, 2019 at his home.

Visitation will be held 6-8 PM, on Thursday, August 22, 2019 at Dobmeier Funeral and Cremation Service in Barnesville.

Interment of cremains will be in the St. Thomas Catholic Cemetery.

To order memorial trees or send flowers to the family in memory of Raymond H. Fox, please visit our flower store.