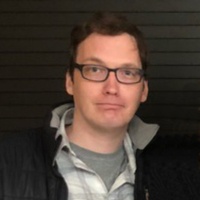 Rich was born May 7, 1985. Rich spent much of his childhood growing up in Barnesville, MN. The family relocated to Falcon Heights, MN in 2000. Rich attended Roseville Area High School, graduating in 2003. Following high school, Rich attended art school, receiving a Bachelor of Science degree in Media Arts and Animation.

Rich was a talented artist; he worked as an independent freelance designer. Most recently, Rich kept coworkers and customers laughing as a barista at Dunn Brothers in Roseville, MN. Rich’s sense of humor, empathy for everyone he met, and wit, will be forever missed by everyone that knew him.

Rich is preceded in death by his grandparents: Dorothy and Gil Scheeringa and Del Peterson, Sr.

Our family would like to provide our deepest appreciation to: The Mayo Clinic - Dr. Ian Parney and team, Regions Hospital - Dr. Richard Peterson, Kerry, Denise and team, and the entire HeathPartners Hospice team. Your compassion, understanding, skill, and knowledge provided Rich and our entire family with the best care possible over the past three years.

Visitation will be held one hour prior to funeral. The funeral will be held 1:00 PM, Tuesday, November 26, 2019 at Dobmeier Funeral Home.   Private interment is at Rosemound Cemetery, Barnesville.